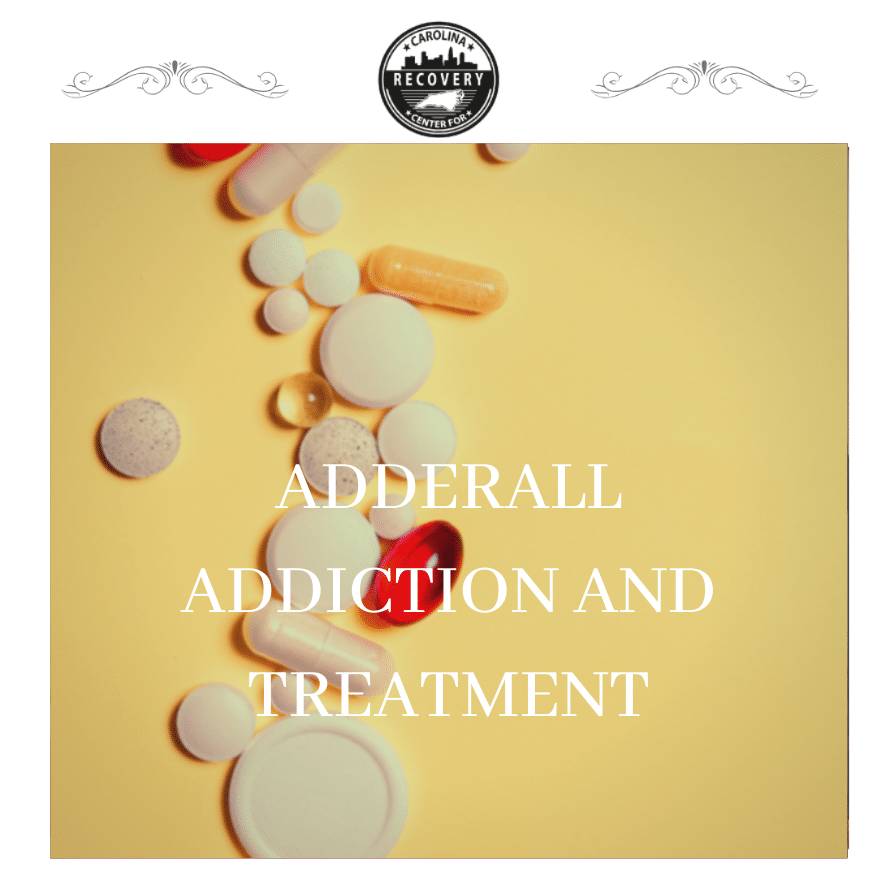 Adderall is a Schedule II controlled substance. In other words, this medication can not be obtained without the prescription of a physician. Additionally, Schedule II drugs such as Adderall are known to have a high potential for abuse, leading to severe physical and psychological dependency otherwise known as addiction. Adderall addiction is a lifelong disease that must be treated through a multidimensional approach, including therapy, counseling, medication management, and addiction education. If you or a loved one are suffering from Adderall addiction, continue reading to learn about the symptoms and timeline of addiction as well as how to recover.

Adderall is the brand name for a medication consisting of amphetamine and dextroamphetamine, both of which are substances classified as central nervous system (CNS) stimulants. Typically, Adderall is prescribed for the treatment of ADHD and narcolepsy. Adderall comes as an immediate-release drug or an extended-release drug. Adderall IR (immediate-release) is a medication that administers the entire dose of the drug at once, with the effects lasting from 4-6 hours. On the other hand, Adderall XR (extended-release) is a medication that administers the dosage over an extended period, with the effects lasting for up to 12 hours. The extended-release version of Adderall was developed to forego the need for people with ADHD to take the medication 2-3 times daily.

Side Effects of Adderall

The effects of Adderall depend on the amount taken and the method in which it is taken. For example, effects may vary depending on whether the individual swallows, snorts, inhales, or injects Adderall. Adderall causes a surge of dopamine, bringing a sense of pleasure and reward by acting on a brain area known as the nucleus accumbens. Additionally, Adderall causes neurons to release the brain chemicals norepinephrine and epinephrine in the CNS (the brain and spinal cord). As a result, individuals experience increased alertness, focus, and clear thinking.

In addition, there are several other side effects that occur with extreme long-term abuse or overdose, including:

Addiction to Adderall: Tolerance and Withdrawal

By definition, addiction is typically referred to as a compulsion to continue using a substance, despite negative consequences as a result of the use. Addiction is driven by several factors such as physical factors, psychological factors, or a combination of both. Additionally, as of recently, addiction has been replaced with the term substance use disorder. No matter which terminology you choose, Adderall has a serious potential for misuse and addiction.

Individuals who routinely abuse Adderall will develop something referred to as tolerance. Since Adderall is an amphetamine, tolerance to this substance develops rather quickly. To explain, tolerance is a physical process where a person requires higher doses of a drug to obtain the same effect they experienced from lower doses. Once a person has developed tolerance, the development of dependency and addiction is highly likely.

Another aspect of Adderall addiction is withdrawal. Adderall withdrawal occurs after an individual has become physically dependent on the substance. As a result, these individuals will experience symptoms that occur when the use of Adderall is stopped abruptly.

Withdrawal from Adderall can produce the following symptoms:

Symptoms of Adderall withdrawal can be reversed when an individual begins taking the drug again. As a result, the cycle of tolerance and withdrawal creates a cycle of drug use, trying to quit or cut down, followed by even heavier usage.

Who is at Risk of Adderall Addiction?

Individuals who take medications as a method of treatment for a medical condition are prone to developing an addiction to the medications they take. Therefore, individuals taking Adderall for ADHD are at high-risk for developing an addiction to this medication. However, if Adderall is treating a medical condition, physicians tend to overlook symptoms of physical dependency in light of its therapeutic benefits. Unfortunately, it is possible for an ADHD patient to begin abusing their Adderall prescription.

In addition, people who have access to Adderall, such as friends or relatives of someone prescribed this medication, are also prone to begin abusing this drug. Even further, individuals who work or study for long hours are known for Adderall abuse and addiction. This is due to the medication’s ability to provide individuals with a heightened sense of focus and energy. Overall, people who have an existing psychiatric diagnosis, people who have other addictions, and students are more prone to develop addictions to amphetamines like Adderall.

Preventing the abuse of Adderall is the most effective method of treatment. For example, individuals with loved ones or children who are prescribed Adderall should monitor the use of this drug and keep it stored in a safe location. However, many individuals suffer from Adderall addiction. As a result, it is vital to understand that individuals addicted to Adderall should never abruptly stop their Adderall use because of the potential for withdrawal. If you or a loved one are in need of Adderall addiction treatment, you must seek help in the form of a professional addiction treatment center.

Contact Carolina Recovery Center today if you or a loved one are suffering from an addiction to Adderall.