Every child can be difficult to deal with at times, especially when they are going…

How to Cope With Mood Swings in Early Recovery

Recovering from addiction is not easy. While an addiction treatment program can provide you with…

Getting sober and staying sober are no easy tasks. Many people relapse one, two, three,…

How Anorexia and Addiction are Connected

Home » Blogs » How Anorexia and Addiction are Connected 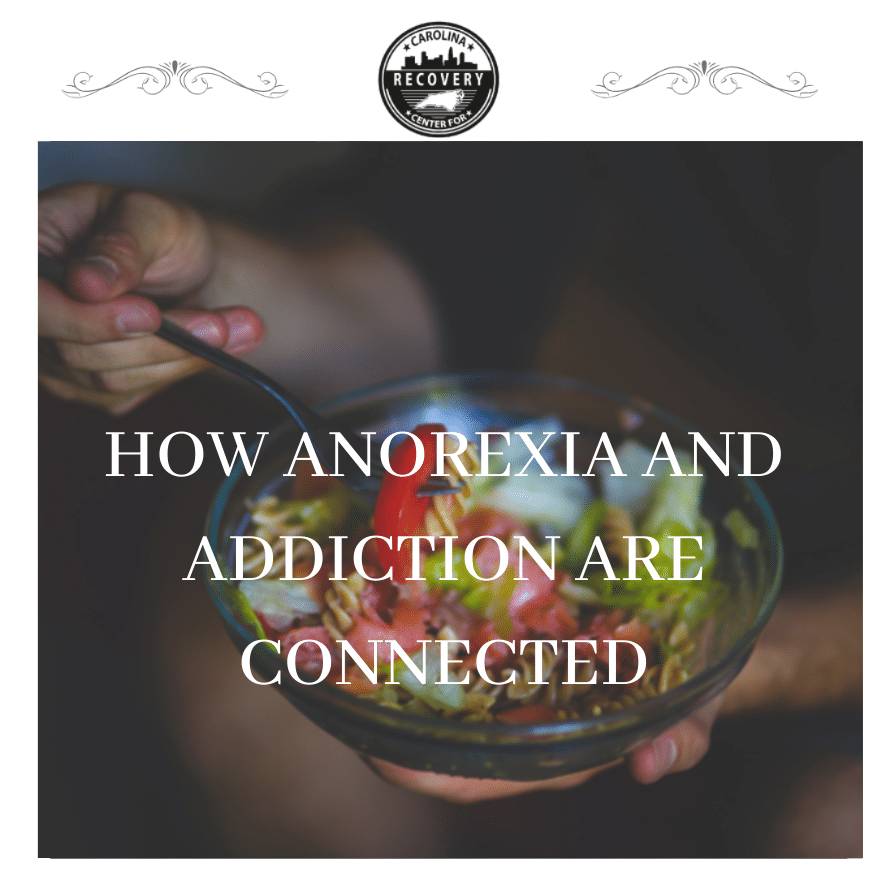 Addiction often comes with co-occurring mental health disorders. Oftentimes, eating disorders such as anorexia coincide with an addiction or substance use disorder. In fact, 27% of people with substance use disorder also suffer from anorexia. Anorexia Nervosa is defined as a mental illness involving an intense fear of weight gain and body dysmorphia. As a result, individuals suffering from anorexia will stop eating, causing them to experience severe weight loss that can cause an array of other issues. While it is not known if anorexia or addiction comes first, it has been proven that the two disorders often correlate with one another.

Additionally, stress, mental health issues, and substance abuse are often correlated to anorexia. Therefore, people suffering from substance abuse issues are more at risk of developing anorexia than the general population. In addition to experiencing extreme thinness and a fear of weight gain, there are several common signs and symptoms of anorexia.

Signs and symptoms of anorexia:

If you or a loved one are experiencing any of the mentioned signs and symptoms, you may be suffering from anorexia.

The Correlation Between Anorexia and Addiction

Using intoxicating substances of any kind triggers the area of the brain linked to physical satiety, or the feeling of having enough. Additionally, this area of the brain is often responsible for food cravings or the sensation of hunger. When an individual uses drugs, that area of the brain may send signals of being satisfied or having sufficient levels of nutrition when this is not true.

People who struggle with mental health disorders are more at risk of developing anorexia and addiction than the general population. This is because oftentimes, these individuals will develop anorexia or addiction in order to attempt to soothe the symptoms of any additional underlying mental health disorders. For example, people with anxiety disorders such as OCD, panic disorder, or social phobia disorder may seek out a variety of ways to reduce their stress. Oftentimes, substances are used in order to relax one’s brain – leading to the development of an addiction. On the other hand, some individuals attempt to control their environment in order to reduce stress. While substances do not accomplish this, disorders such as anorexia can allow the individual to feel more “in control” of their environment and life.

In a study conducted by SAMHSA, researches found that 14% of women who suffered from a substance use disorder also developed anorexia. While this could be related to the desire to control one’s environment and self, some substances have the potential to induce anorexia. For example, drugs like cocaine, amphetamines, and opiates (both illicit and prescription) can cause weight loss due to changes in appetite. As a result, individuals can develop anorexia due to long periods of having no appetite or desire to eat.

To further explain, symptoms of prescription drug abuse include anxiety, which is one of the leading factors in the development of anorexia. Additionally, some people may experience symptoms like nausea, vomiting, or abdominal cramps as a result of substance abuse – leading the individual to be unable to eat. Lastly, substances like amphetamines or cocaine can actually suppress the user’s appetite, leading to rapid weight loss. For example, meth addiction is known to cause severe and rapid weight loss. Individuals who abuse this drug will often go days, or weeks, without eating a full meal. After doing this over a period of time, even the idea of eating can become repulsive – which is a sign of anorexia.

While some people develop anorexia as a result of drug use, others may attempt to facilitate their anorexia by the use of substances. For example, girls with anorexia are more likely to some cigarettes than their peers in order to suppress their appetite and avoid eating. Additionally, people with anorexia often use diet pills, speed, or cocaine in order to suppress their appetites and gain energy that they lack from being malnourished. Because these substances are known for having a high abuse rate, many individuals who use them to facilitate weight loss will develop an addiction. While alcohol is high in calories, many people with anorexia will also abuse alcohol in order to achieve rapid weight loss. This is because alcohol can suppress one’s appetite, relieve pain associated with hunger, cause vomiting, and dehydration. All of these effects can increase weight loss substantially, causing people with anorexia to become addicted to said substance.

Treatment for Anorexia and Addiction