The Benefits of Quitting Drinking 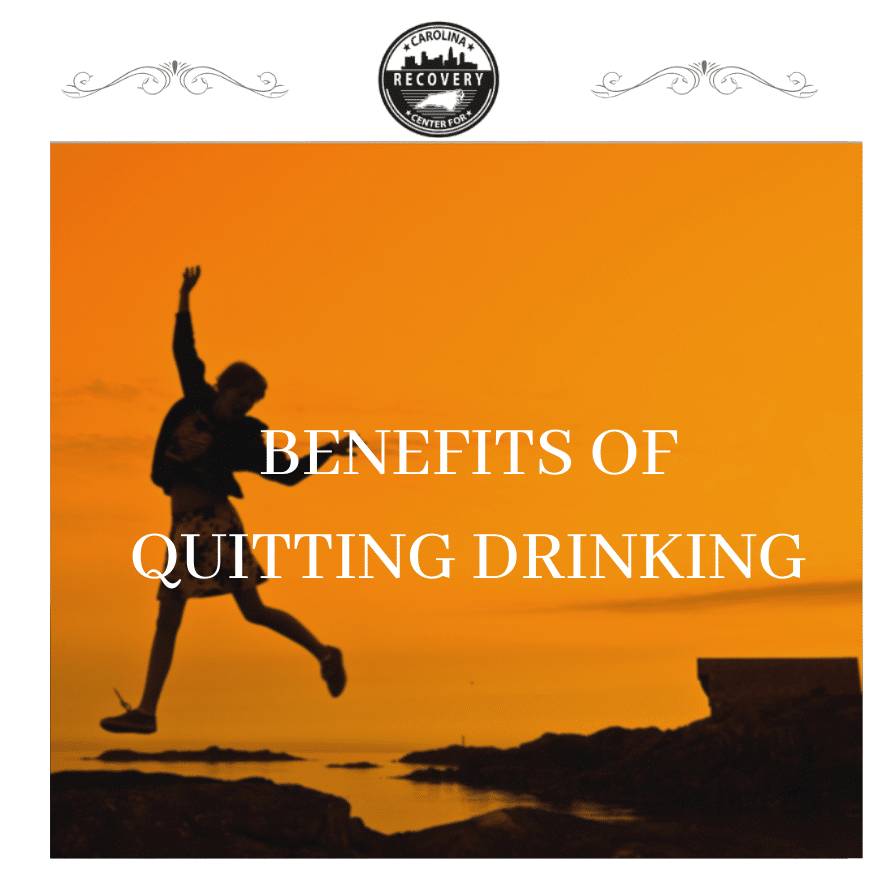 Quitting alcohol is a difficult decision to make, however, there are numerous benefits to abstaining. Drinking negatively impacts peoples’ physical and mental health and, in some cases, is even harmful to social relationships. While it may seem like a huge sacrifice to quit drinking, there are far more pros to quitting than there are cons when a person stops drinking.

Whether deciding to become abstinent for life or just for a month or two, there are many positive outcomes. Quitting alcohol will improve mental and physical health, allowing for a healthier and happier life.

Hangovers Become a Thing of the Past

For most people, the most dreaded side effect of drinking is the subsequent hangover the next day. People typically experience pounding headaches, nausea, vomiting, and anxiety. Drinking alcohol causes dehydration, electrolyte imbalances, and irregular sleep patterns. This contributes to the unpleasant symptoms people experience during hangovers. Furthermore, alcohol acts as a diuretic, meaning it increases urine output and, therefore, water and electrolyte output. This, in turn, causes dehydration and electrolyte imbalances.[1]

Alcohol also provokes an increase of gastric acid production in the stomach, which ultimately irritates the gastrointestinal tract. It even slows down or speeds up the digestion process. This causes diarrhea, nausea, and vomiting.[1] Lastly, hangovers also cause a drop in blood sugar, which makes people crave high carb, sugary foods the morning after a binge. Getting rid of hangovers for good is only one benefit of quitting alcohol.

Quitting alcohol has a long list of positive impacts on physical health. When a person drinks alcohol, it puts a strain on the body – especially the liver. In addition, drinking alcohol increases the risk of developing liver disease, cancer, and neurological dysfunction. The liver is where the bulk of alcohol metabolism occurs. Alcohol is converted in a two-step process.

Alcohol is first processed into a toxic substance known as acetaldehyde. Acetaldehyde is linked to causing certain types of cancers. When a person drinks large quantities of alcohol, the liver is not able to process the alcohol fast enough. As a result, high levels of acetaldehyde accumulate and damage tissue all over the body including the liver, pancreas, and even the brain. This leads to an increased risk of developing cancer later on in life.[2] It also increases the risk of developing a liver disease such as cirrhosis, which may end in liver failure or death. When a person quits drinking, the risk of developing alcohol-related complications decreases.

Drinking alcohol takes a serious toll on the outside of the body as well as the inside. In fact, alcohol is shown to promote premature aging and weight gain. In some cases, alcohol even breaks down collagen in the skin. Collagen is what keeps the skin elastic and youthful appearing. Therefore, as collagen breaks down, it creates wrinkles in the skin that cause a person to appear older than they actually are – and nobody wants that. Alcohol also dilates blood vessels. This causes broken capillaries in the skin, making it appear red and discolored

Drinking alcohol frequently leads to unhealthy weight gain. People who drink alcohol excessively tend to be obese. An overworked liver leads to a decrease in metabolism, making it easy to put on weight and difficult to lose it. However, one of the benefits of quitting drinking is that it gives the body time to heal the liver and speed up weight loss. Consequently, putting the bottle down makes people feel better on the inside and outside.[3]

Alcohol is classified as a depressant, so it increases anxiety and depression in individuals who drink too much. Since alcohol may temporarily improve one’s mood before the depression and anxiety set in, it may cause a vicious cycle of drinking. Many people suffering from clinical depression and anxiety will use alcohol to “self-medicate” and actually worsen their mental condition by doing so.

Regular use of alcohol decreases serotonin production in the brain and decreased serotonin levels have been linked to depression and anxiety.[4] Drinking ultimately worsens depression and anxiety in people with pre-existing conditions and causes people without any preexisting conditions to develop anxiety and depression. Once someone quits alcohol, their serotonin levels have a chance to return back to their baseline. As a result, many people who quit drinking begin to feel improvement in their mood.

Better Relationships With Friends and Family

Excessive drinking lowers inhibitions and, therefore, numbs emotions. While under the influence of alcohol, people behave in ways they otherwise normally would not behave in. This may lead to people mistreating friends and family. In some cases, it causes people to become more withdrawn and isolate themselves from loved ones, leaving thousands of families affected by addiction.

One of the benefits of quitting drinking is that sobriety allows people to regain their sense of self. It gives people a chance to change the negative behaviors they developed while drinking. It helps people be more emotionally available, allowing them to rebuild relationships they may have hurt or lost entirely while drinking. On top of improving relationships with others, it improves peoples’ relationships with themselves. Quitting drinking allows people to go back to doing hobbies or activities they may have ceased due to alcohol abuse.

While giving up alcohol may seem like a daunting task, there are clearly many positive changes that come from quitting. Quitting drinking gives people the opportunity to start living the life they want to live. You, too can go on without the burden of alcohol and lead a healthier, happier, more fulfilling life. Call us today to learn about our alcohol addiction treatment programs.