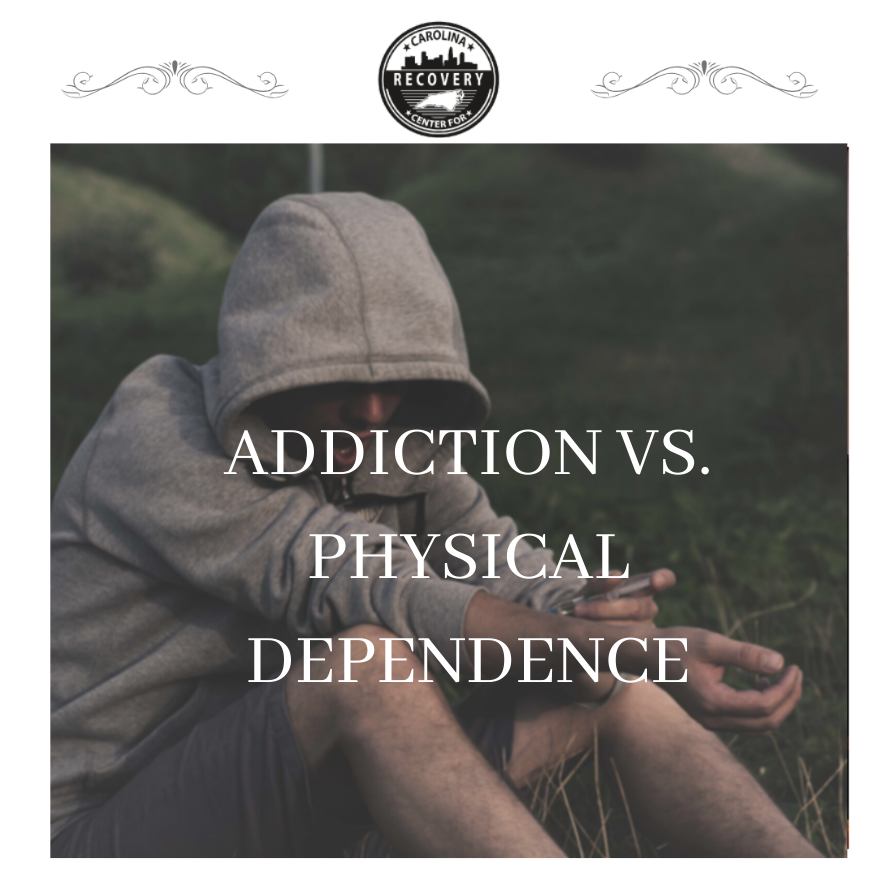 Understanding the Difference Between Addiction and Dependence

If you’ve ever done any research online regarding substance abuse, you have probably seen the words addiction and dependence and the difference between these two words can be difficult to understand. Some organizations use different definitions, while others use the words interchangeably. The lack of consistency often contributes to the confusion.

Addiction is a term used to describe biochemical changes in the brain after long-term substance abuse. For an individual that is addicted, substance use becomes the main priority despite harm and any negative consequences they experience. An addict often acts out irrationally when they begin to experience withdrawal from the substance they are addicted to. In other words, addiction describes the mental and physical dependence on a substance.

The National Institute on Drug Abuse (NIDA) defines dependence as “a state in which an organism functions normally only in the presence of a drug.” People who are physically dependent on drugs or alcohol experience symptoms of physical tolerance and withdrawal. Physical dependence begins with tolerance. Tolerance describes the process in which the body adapts to a certain amount of the specific substance and requires a higher amount over time to feel the effects. Individuals who use high amounts of a particular substance face the risk of becoming physically dependent.

Addiction is defined as compulsive substance abuse despite negative consequences. Unlike dependence, addiction does not affect every individual who is repeatedly exposed to an addictive substance. Often times, genetic and environmental factors contribute to the likelihood of addiction risks. An individual who is addicted will experience both mental and physical symptoms correlated with substance abuse.

Mental dependence is when chronic substance abuse becomes an automatic response to an event or feeling. These are often described as “triggers”. Triggers often set off biochemical changes within the brain of an individual that strongly influence and provoke addictive behavior.

Common symptoms of triggers may include:

According to the National Institute on Drug Abuse (NIH), different parts of the brain are responsible for addiction and dependence. Therefore, an individual may be dependent on a substance, without actually being addicted. This is especially true for individuals who are treating chronic medical ailments with controlled substances. For example, an individual may be physically dependent and withdrawal if they stop taking the drug, but most patients will not experience the compulsive behaviors of an addict.

Determining Whether You’re Dependent or Addicted

Determining if you are dependent on a substance is not difficult. If you stop taking the substance, you will experience withdrawal symptoms. However, there is not an easy answer to determining if you are addicted to drugs or alcohol. For instance, if you are prescribed an addictive medication for a chronic medical issue you will most likely experience withdrawal symptoms. However, you are not considered addicted if you are not compulsively seeking prescription medication despite negative consequences and harm.

A common way of determining you are addicted to drugs or alcohol is by analyzing your behaviors. If your substance use is harming your relationships, causing problems at work or school, getting you into legal trouble, or negatively affecting your responsibilities – you may be addicted. If you find yourself craving the substance but you can prevent yourself from using the substance, you are most likely not addicted. If you believe you or a loved one may have a problem with drugs or alcohol, it is important that you seek professional help. An addiction specialist can evaluate you or your loved one and provide substance abuse treatment and help you to overcome your condition.

The Truth About Opiate Detox and Withdrawal
December 1, 2019