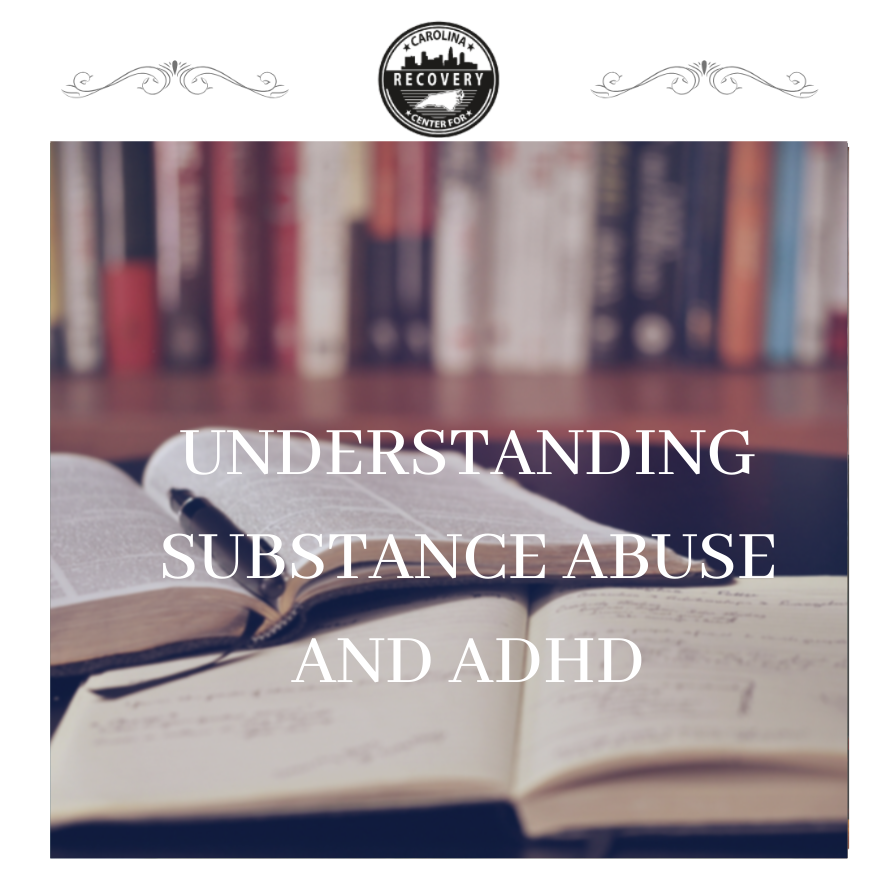 People who suffer from attention-deficit hyperactivity disorder (ADHD) may abuse substances to cope with their addiction. As a result, it’s not uncommon to see co-occurring substance abuse and ADHD. ADHD is characterized by a difficulty dealing with idle time and paying attention to tasks. These individuals tend to have controlling or impulsive behaviors, making them more at risk to abuse drugs or alcohol.

Some people who experience ADHD take prescription stimulants to cope with the disorder. However, some stimulants are highly addictive, so prescription drug abuse is a common problem among this group. Furthermore, some people with ADHD engage in substance abuse to cope with the symptoms of their disorder. Both unhealthy patterns may lead to addiction. Fortunately, there are dual diagnosis treatment programs that focus on treating co-occurring disorders like ADHD and addiction.

According to the CDC, attention deficit hyperactivity disorder is the most common neurodevelopmental disorder that is usually diagnosed in childhood and persists into adulthood. It is diagnosed using the Diagnostic and Statistical Manual, Fifth Edition (DSM-5) using a detailed list of criteria that a person must meet to obtain a diagnosis. However, some common signs and symptoms of ADHD include:[1][2]

Since 2003, the number of people who suffer from this disorder has continued to increase. Millions of children are diagnosed with the disorder, with boys being more likely to have it than girls. Treatment for ADHD consists of behavior therapy and/or medication.

Although both therapy and medication are useful in treating this disorder, medication is far more popular. Of children ages 2-17 with ADHD, 62% take medication.[3] Stimulants are most commonly prescribed for treatment and have been used for decades. Some are immediate-release, only lasting a few hours, while others are extended-release and last all day. Stimulants that are used to treat ADHD include:[4]

In some cases, non-stimulants, like Strattera or antidepressants like Wellbutrin, are used for treating the disorder as well. Most stimulants, when abused, lead to a euphoric rush of energy and increased focus. These attributes are addictive, so it’s not uncommon for people with ADHD to abuse and become addicted to their prescriptions.

According to a 2016 survey, 50% of children with ADHD had a behavior problem and 30% suffered from anxiety. Overall, 64% of children with ADHD had some type of co-occurring mental, emotional, or behavioral disorder.[3] More specifically, people with ADHD are more inclined to engage in substance abuse. In fact, studies show that up to 25% of adults who attend treatment for a substance use disorder also have ADHD. Furthermore, ADHD is 5-10 times more common among alcoholics than it is other people.[5]

People with ADHD abuse alcohol at rates significantly higher than others. In addition, recreational substance abuse occurs at high rates among people with ADHD. This is due to a variety of factors, however, coping with the symptoms of ADHD and having compulsive characteristics increases one’s likelihood of substance abuse. Lastly, evidence points to the idea that both ADHD and alcoholism run in families – so parents who suffer from both disorders are more likely to have children who also suffer.[5]

Of course, health complications may arise as a result of substance abuse. Frequent drug and alcohol abuse are also known to worsen pre-existing disorders, so although substance abuse may seem like a way to cope at first, it often spirals into something uncontrollable. Individuals who cannot stop abusing drugs on their own who also suffer from a behavioral or mental health condition usually require a residential addiction treatment program.

Treatment for Substance Abuse and ADHD

Treating ADHD and addiction is difficult. After all, some of the medications used to treat ADHD are addictive and shouldn’t be taken in early sobriety. Consequently, treatment is a vital time to monitor both disorders.

Substance abuse and ADHD are best treated simultaneously in a dual diagnosis treatment program. It’s crucial to treat both disorders together, as symptoms of ADHD can exacerbate drug and alcohol use while leading to destructive habits. Dual diagnosis treatment programs for ADHD and addiction typically consist of holistic therapy, behavioral counseling, family therapy, aftercare support, and recovery support groups. With the use of these tools, individuals can modify their destructive thoughts and behaviors while learning how to live sober.

Programs that help patients learn to manage the symptoms of ADHD without the use of stimulant drugs allow people with both disorders to live a healthy life without addiction. If you or a loved one is struggling with addiction and a co-occurring disorder, contact our dual diagnosis treatment facility today.

Understanding the Difference Between Addiction and Physical Dependence
February 3, 2020

Importance of The Continuum of Care in Dual Diagnosis Treatment
November 12, 2019