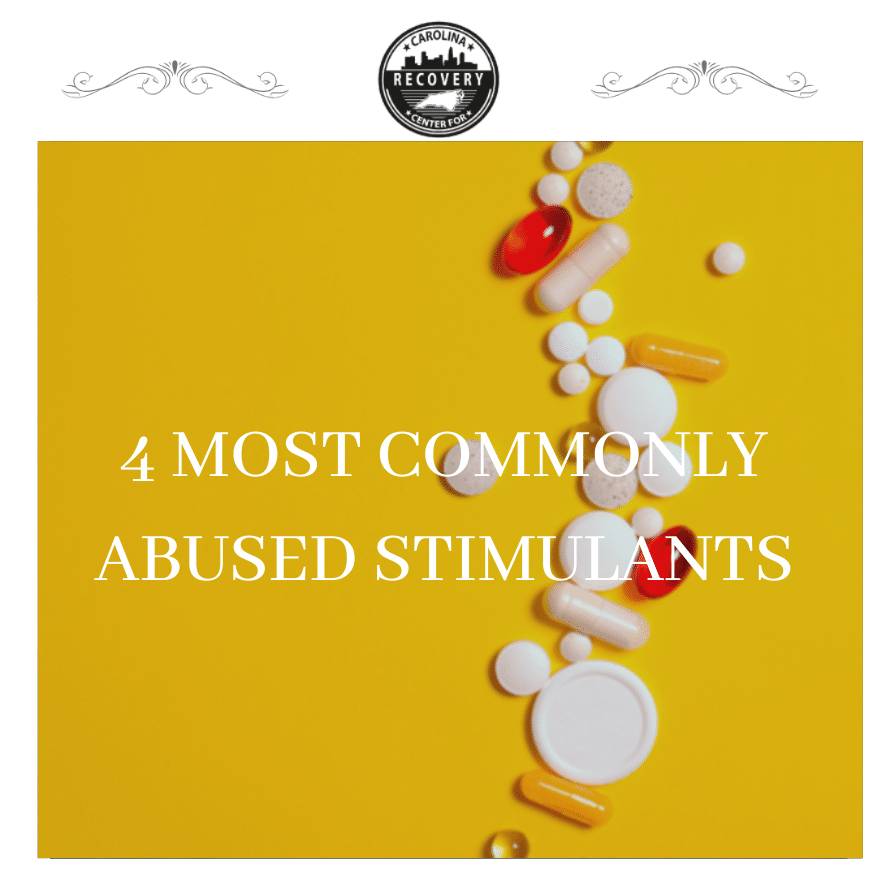 Addiction is a common and devastating disease that many Americans still deal with today. One of the most commonly abused forms of drugs is stimulants. For example, this drug class includes illicit substances, prescription medications, and over-the-counter drugs – such as cold and allergy medications. According to the National Institute On Drug Abuse, people become addicted to these substances so quickly because stimulants enhance the effects of dopamine and norepinephrine in the brain.

However, people who abuse stimulants experience certain immediate side-effects. For example, it is common to experience increased heart rate and blood pressure, as well as a decrease in appetite, nausea, and dilated pupils. After someone abuses a stimulant for some time, they will experience more severe side-effects. Some of the side effects of long-term stimulant abuse include hallucinations, violent behavior, and even psychosis. Therefore, addiction to stimulant drugs is extremely dangerous. Additionally, learning about the most commonly abused stimulants could potentially help you save a loved one’s life.

Extracted from the coca plant, cocaine was originally developed as a pain killer. However, due to its intoxicating effects and addictive nature – cocaine is one of the most commonly abused stimulants in America. Popular street names for cocaine include blow, white girl, snow, white, and coke. This substance is usually snorted, but it can also be smoked (after made into a crystal-like rock, referred to as freebase cocaine), injected, or rubbed directly onto the gums.

Cocaine produces an immediate, rush-like “high” of stimulating effects. Many people who abuse this substance take several doses consecutively in order to maintain a continuous high. As a result, the individual’s risk of developing an addiction, or overdosing, tends to increase. Additionally, cocaine produces adverse side effects following the “high” that users chase. These side effects include paranoia, irritability, hypersensitivity to sound, light, and other stimulation, as well as a false sense of mental alertness.

Another commonly abused stimulant is called amphetamines. Amphetamines are prescription medications typically used in the treatment of Attention-Deficit/Hyperactivity Disorder (ADHD). This is because amphetamines help people increase focus, attention, and alertness. Also, some doctors prescribe weight loss pills that contain amphetamines due to its appetite suppressing quality.

Oftentimes, people do not realize that they are addicted to amphetamines because they have a prescription from a doctor. On the other hand, some people intentionally increase their dosage or snort their medication in order to produce a “high”. Similar to cocaine, amphetamines may increase heart rate, blood pressure, and body temperature as well as decreasing appetite and sleep. Unfortunately, those who abuse amphetamines often experience malnutrition and other consequences, including overdose.

Ecstasy, also referred to as MDMA, molly, or X, is a synthetic stimulant that alters your mood and the perception of your surroundings. While ecstasy is a stimulant, it also contains hallucinogenic properties. Typically, ecstasy is sold illegally in tablet form, but it can also be crushed and snorted, or taken as a liquid.

Abusing ecstasy, like any stimulant, is extremely dangerous, yet it’s one of the most commonly abused stimulants. One of the dangers of using ecstasy is that it produces increased feelings of closeness or trust in other people. This leads to risky sexual decisions, in turn, increasing your risk for developing sexually transmitted diseases. Additionally, high doses of this drug can cause your body temperature to rise to dangerous levels. When your body temperature spikes without ceasing, you are at risk of experiencing the failure of vital organs such as the liver, kidneys, or heart.

Methamphetamines (known on the street as meth, crystal, or tina), are a powerful form of stimulant that affects the central nervous system in the brain. As with other stimulants, this drug causes an immediate rush of pleasurable feelings. However, methamphetamine users report becoming physically and mentally addicted in a faster manner than individuals who use other forms of stimulants.

While methamphetamine produces pleasurable feelings, it also causes adverse side effects. In fact, the U.S. National Library of Medicine reported that after the initial rush, people who abuse meth may feel on-edge, overly excited, angry, or paranoid. Additionally, meth users may engage in risky behavior or experience violent tendencies. Similar to ecstasy, methamphetamine may cause your body temperature to increase significantly, sometimes leading people to pass out. Also, common side effects of meth include severe itching, thinking or emotional issues, psychosis, memory loss, severe paranoia, and dental problems (“meth mouth”).

How to Help a Loved One Abusing Stimulants

Abusing stimulants, depending on the potency of the drug, can lead to severe consequences – including lasting health issues and even overdose. While some commonly abused stimulants like ecstasy and meth are potent by themselves, others are significantly less potent. Consequently, less potent stimulants such as cocaine are used in combination with other popular stimulants. This can lead to an array of negative side effects and serious health concerns.

If you or a loved one are abusing or currently addicted to a stimulant, it’s best to seek help as soon as possible. While early intervention is always optimal, treatment is available for individuals in any stage of addiction and drug abuse. Fortunately, addiction treatment programs like Carolina Recovery Center will work with you and your loved one to conquer addiction, the symptoms, and the causes. Stimulant drug addiction treatment includes a comprehensive treatment approach, integrating a number of treatment modalities. Most importantly, we understand that addiction to stimulants can be difficult to beat. If you or a loved one are fighting an addiction to a stimulant, please give us a call today.