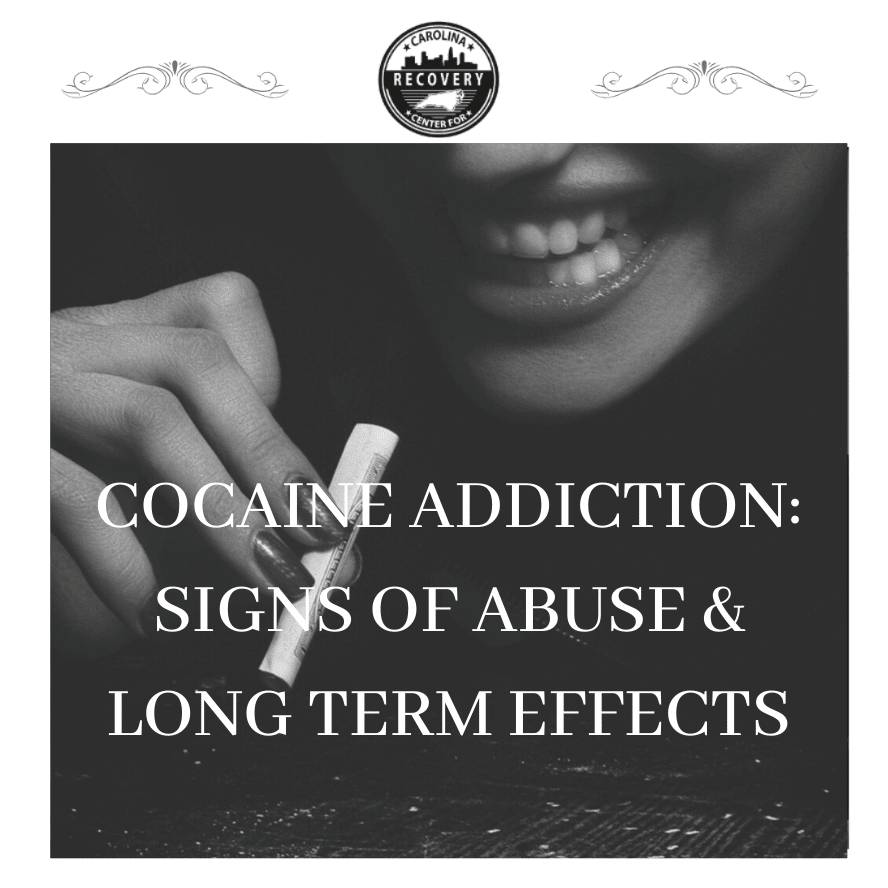 Cocaine is a highly addictive stimulant drug that increases energy, alertness, heart rate, blood pressure, and breathing. Individuals who are addicted to cocaine are at high risk for developing adverse psychological and physiological effects. Like any other substance, cocaine use can lead to dependency and addiction, which require medical treatment in order to recover. Cocaine addiction can lead individuals to display recognizable signs and symptoms of their substance abuse. To explain further, these symptoms often include unusual behavior and an array of physical health issues.

Individuals become addicted to cocaine due to the euphoric rush of pleasure and energy they receive when using this substance. However, the high does not last long. This encourages individuals to use copious amounts of cocaine within one night, significantly increasing their risk of dependency, addiction, and additional health problems.

As the effects of cocaine wear off, an individual may become anxious, agitated, or depressed due to the rush of euphoria coming to an abrupt end. Once this happens, individuals will experience what is known as a “cocaine crash”, where they may develop symptoms such as restlessness, insomnia, fatigue, and paranoia. Due to the severe symptoms of a cocaine crash, individuals commonly continue using the drug for days or weeks on end. This is known as a cocaine binge, which can quickly turn into severe cocaine addiction.

If you or a loved one are abusing or addicted to cocaine, it is vital that you become educated on the signs, symptoms, and treatment of this particular substance use disorder.

Signs of Cocaine Abuse or Addiction

If your loved one has been displaying secretive behavior, this is typically an early red flag of a substance abuse problem. Additionally, individuals addicted to cocaine typically attempt to hide their substance abuse at all costs. However, as their addiction worsens, their life begins to revolve around cocaine. As a result, they may neglect responsibilities, self-care, or people and activities that were once important to them.

The common signs of cocaine abuse and addiction include:

While people who are addicted to cocaine might deny it, the risks and adverse effects are still very real. If you or a loved one have been abusing cocaine and are displaying signs of cocaine addiction, it is vital that you attend an addiction treatment program near you.

Short-Term Effects of Cocaine Use

Cocaine is an illicit stimulant that makes a person talk faster, move faster, and think at a more rapid speed. If an individual is abusing cocaine, it will become inherently noticeable due to the speed of their thoughts and behaviors.

Additional signs and symptoms of cocaine use include:

In addition, one of the most common and concerning physical symptoms of cocaine abuse is chest pain. The drug constricts the blood vessels, causing stress to the heart and cardiovascular system. As a result, an individual’s risk for heart attack increases nearly 24 times during the first hour of ingesting the drug.

The cocaine comedown, or cocaine crash, occurs after an individual abruptly stops using cocaine. During a crash, an individual may feel profoundly tired, fatigued, depressed, anxious, and irritable. However, some people may feel extremely agitated, suspicious, and paranoid. Additionally, a cocaine crash is technically a form of withdrawal that might last several days. During the crash, the individual will experience extreme cravings for cocaine. This can ultimately lead to severe stimulant use disorder.

On another note, commonly abused stimulants such as cocaine can cause some individuals to display psychotic symptoms. In fact, studies have shown that cocaine psychosis affects 68 to 84 percent of individuals addicted to cocaine. To explain, individuals may see or hear things that aren’t there as well as having paranoid delusions. For example, individuals suffering from cocaine psychosis may believe that the police are watching them, that their partner is cheating on them, or that people are out to get them. This side effect is extremely dangerous due to the prevalence of symptoms such as suicidal or homicidal thoughts.

Cocaine has the potential to negatively impact every area of the body. Individuals who are addicted to cocaine are likely to experience an array of health issues.

Long-term effects of cocaine abuse and addiction include:

While some long-term effects of cocaine abuse are noticeable, other effects must be detected by a medical professional. For example, cocaine can cause internal damage that is impossible to see with the naked eye. Some of the many health effects of cocaine addiction include heart attacks, irregular heartbeat, and thickening of the heart muscle that might lead to heart failure. Additionally, cocaine addiction can cause dangerous spikes of blood pressure. This may lead to ruptured blood vessels in the brain or a tear in the aorta, which is potentially deadly.

In addition, cocaine addiction can cause damage to the gastrointestinal tract. Since cocaine constricts blood vessels, frequent use of the substance can cut off the supply of oxygen-rich blood to the intestines. As a result, the bowel can rupture and die. This is especially dangerous as a ruptured or failed bowel can lead to death. Due to the severe health risks of long-term cocaine abuse, medical intervention is necessary for safety and a full recovery.

Addiction to cocaine can lead to a number of health issues, including overdose or symptoms of withdrawal when cocaine use is abruptly stopped. As a result, if you or a loved one are suffering from addiction, you should always seek professional drug treatment. At Carolina Recovery Center, our experienced staff and talented medical health professionals are trained to help patients safely detox from cocaine, or any other addictive substance. Since stopping cocaine use on your own can be dangerous, attending a drug detox and rehabilitation center is necessary. Contact us today for more information on cocaine addiction and treatment.