The Most Commonly Abused Prescription Drugs 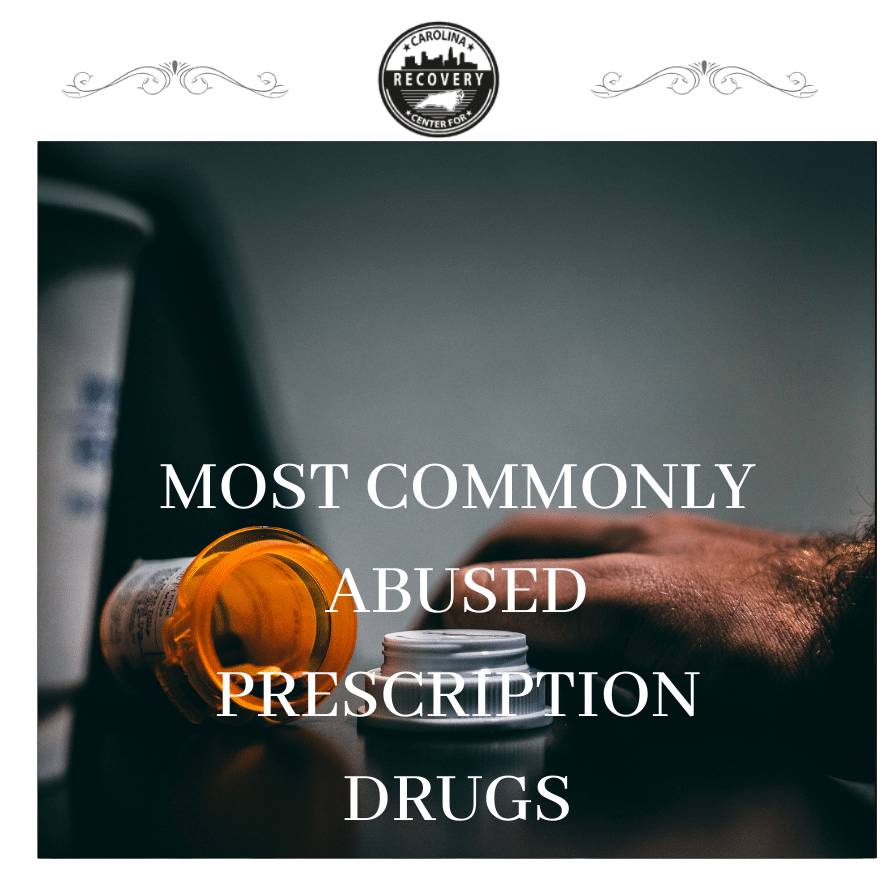 Even though they are used for medicinal purposes, the most commonly abused prescription drugs are extremely dangerous when taken against doctor’s orders. Not only can prescription drug abuse lead to a potentially fatal overdose, but drug abuse can completely negate the medical purpose of the substance in the first place. Furthermore, drug abuse of any kind often leads to a dangerous and even life-threatening addiction.

Among the most commonly abused prescription drugs include opioids, benzodiazepines, stimulants, and barbituates. Let’s take a look at how each of these substances works, what dangers are associated, and why they are so widely abused across the United States.

By far, opioids, or prescription painkillers, are the most commonly abused prescription drugs. In fact, the misuse of opioids, illegal or prescription, is considered a national public health crisis. Overall, between 21-29% of people who are prescribed opioids for pain end up abusing them, and between 8-12% end up developing an opioid use disorder.[2]

Among the most popular opioid medications include hydrocodone (Vicodin), oxycodone (OxyContin, Percocet), oxymorphone (Opana), morphine, codeine, and fentanyl. Opioid medications work to reduce pain, but they also affect areas in the brain related to emotion control and breathing. As a result, when people abuse opioids, they feel relaxed and euphoric. Due to the strong euphoria the substance produces, opioids are highly addictive and are subject to widespread abuse.

Although people millions of people have abused opioids, these drugs are extremely dangerous. High doses can easily suppress breathing and lead to an overdose. Furthermore, when mixed with alcohol or benzodiazepines, opioids are even more dangerous. Since they’re known for producing painful withdrawal symptoms, people who are addicted to prescription opioids should seek help from an opioid detox.

Benzodiazepines are prescribed to treat anxiety, insomnia, seizures, alcohol withdrawal, and panic conditions. These medications, including Valium, Xanax, Klonopin, Librium, and Valium, suppress the central nervous system to produce relaxation and sedation. Although benzodiazepines are extremely helpful for treating an array of health conditions, they’re one of the most commonly abused prescription medications.[3]

In high doses, people might experience any or all of the following side effects:

People who abuse these medications might forget how much they have taken or mix them with other drugs, therefore, increasing the risk of a benzodiazepine overdose. If someone abuses benzodiazepines over an extended period of time, he or she might become addicted. In the case of drugs like Xanax, withdrawals can be fatal, which is why you should never attempt to detox alone.

Central nervous system (CNS) stimulants that are used to treat ADHD and other disorders like narcolepsy are another commonly abused prescription drug. Prescription stimulants work by blocking the reuptake of chemicals in the brain that regulates the reward system, attention, and focus. As a result, stimulant abuse leads to an increase in energy, talkativeness, and sometimes nervousness or worry.

Some popular stimulants of abuse include:

In high doses, stimulants can increase body temperature to dangerous rates and lead to irregular heartbeat, seizures, and even heart failure.[4] Another negative side effect of stimulant abuse is paranoia, irritability, or psychosis. People who get addicted to stimulant drugs typically struggle with decision making and act out impulsively.

Although stimulant withdrawals typically aren’t life-threatening, the emotional symptoms can be so overwhelming that it’s hard to quit once you’re hooked. It’s just as hard to break the behaviors associated with addiction, which is why thousands seek treatment for prescription stimulant abuse each year.

Sedative-hypnotic medications used to treat insomnia, some types of anxiety, anesthesia, and seizure disorders are referred to as barbiturates. Some of the most commonly abused prescription barbiturates include butalbital, secobarbital, amobarbital, and phenobarbital.

Since these medications are used to induce sleep, some people abuse these drugs for their relaxing and sedating effects. Some of the drugs produce short-lasting effects while others can last for more than 24 hours. However, barbiturates are particularly dangerous because it’s hard to achieve the right dose. A little too much can lead to a coma or life-threatening overdose.

Like benzodiazepines, barbiturates produce serious and potentially fatal withdrawal symptoms that should be treated under medical supervision. These symptoms may include tremors, seizures, hallucinations, and more.[5]

Most people who abuse prescription drugs require medical detox if they are physically dependent on a substance. However, that’s only the first step. Some of the most important healing happens during treatment in both group and individual therapy.

At Carolina Center for Recovery, we combine traditional recovery principles with the most innovative behavioral therapies to help our patients overcome prescription drug addiction. If you or a loved one needs help, contact us today to see which of our treatment programs is the best fit for you.