Chat with us, powered by LiveChat What is North Carolina doing to combat the Opioid Crisis?
Popular Post Recent Posts

What is North Carolina doing to combat the Opioid Crisis?

Home » Blogs » What is North Carolina doing to combat the Opioid Crisis? 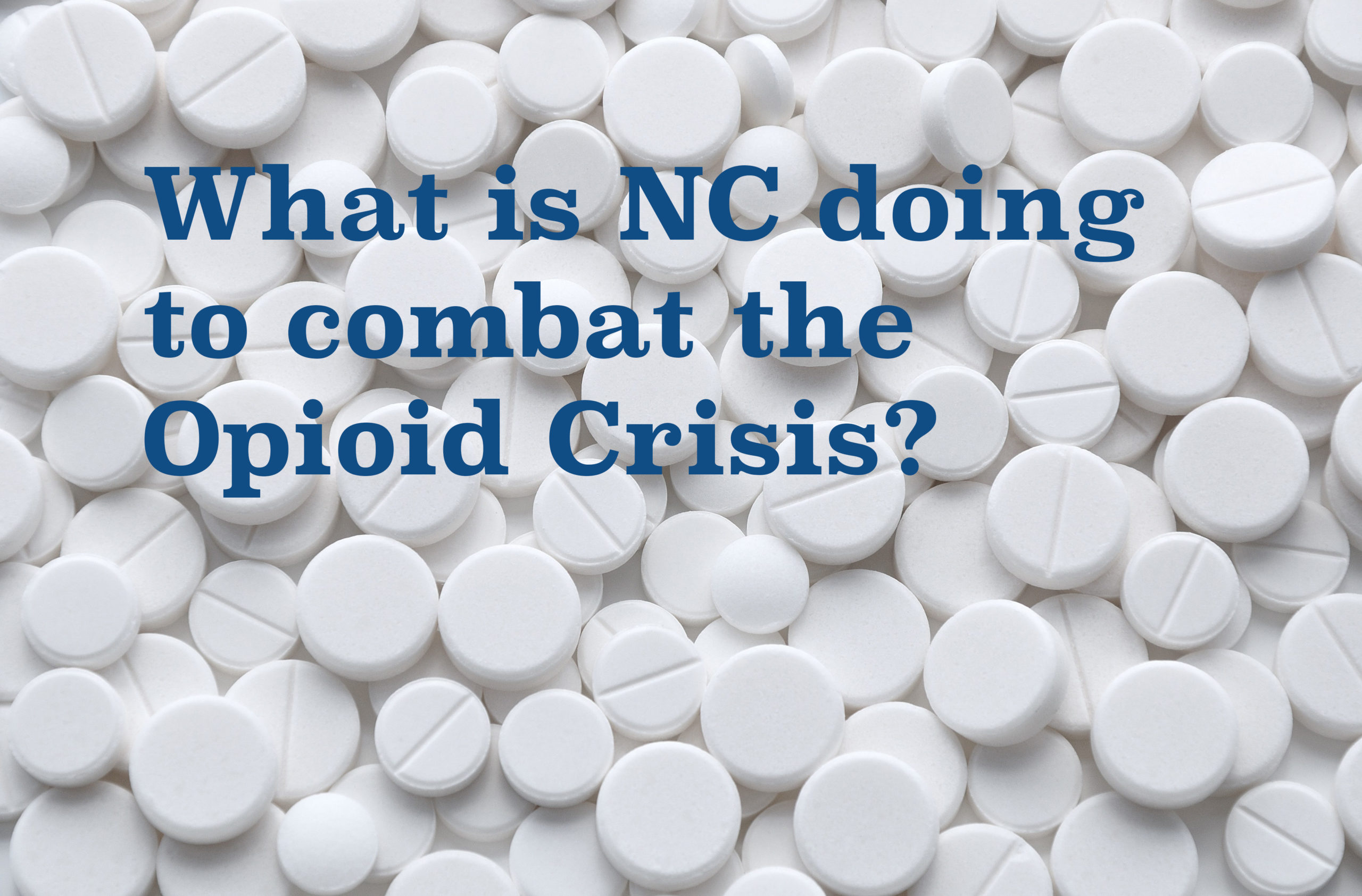 What is North Carolina doing to combat the opioid crisis?

Most North Carolina residents are aware of the impact the opioid crisis is having on their communities. North Carolina is one of the hardest hit states in the southern part of the country and has experienced a nearly 1000% increase in overdose deaths from heroin since 2010 (Source: N.C. State Center for Health Statistics, Vital Statistics-Deaths, 1999-2015). There is still much more that needs to be done, but in the past year the state of North Carolina has taken several tremendous steps toward fixing this deadly problem we are faced with. Included below are some of the most notable measures being taken to combat the opioid crisis as well as some areas for improvement.

The STOP Act went effective January 1st. In a nutshell, it aims to prevent doctors from overprescribing opioid pain medications in order to reduce the supply of addicting drugs. Similar legislation passed in other states has proven effective in reducing the number of pills prescribed, but it hasn’t yet been correlated with a reduction in overdose deaths or addiction. In addition to passing the STOP Act, North Carolina utilizes a Controlled Substances Reporting System (CSRS). The system was developed in order to prevent overprescribing by doctors and to allow doctors to identify patients who may misuse or abuse potentially addicting medications. North Carolina is among the worst states in total number of prescription opioids dispensed per capita so both of these measures should help reduce the availability of these addicting medications.

While North Carolina is not among the leaders in harm reduction implementation, there are several organizations throughout the state working to increase harm reduction efforts. At the moment there is not much state funding devoted to harm reduction, but because of its proven effectiveness in reducing overdose deaths and transmission of diseases like HIV/Hep C, it is likely that we will see more funds freed up for this cause. North Carolina does support syringe exchange programs (SEP) as a way to dispose of hazardous waste and provide intravenous drug users with clean, sterile supplies. Many of these organizations also provide naloxone to addicts and families at risk of overdose. They also aim to connect users to other resources in the area when they are ready for help. Anyone interested in getting involved with harm reduction should reach out to the NC Harm Reduction Coalition at 336-543-8050 or visit www.nchrc.org.

There is a standing order in North Carolina that allows healthcare practitioners and pharmacists to prescribe and dispense naloxone. This allows pharmacists to dispense the medication to anyone at risk of an opioid overdose or to their friends or anyone in a position to help them. Walgreens pharmacy now carries Narcan medication at every location in the state of North Carolina. Anyone interested in finding more information on this can visit www.naloxonesaves.org. North Carolina has also done a great job with arming its first responders with naloxone in order to prevent fatal overdoses.

In 2013, North Carolina passed the Good Samaritan law, which provides immunity for possession of small amounts of drugs for people seeking help for an overdose. It provides civil and criminal immunity for anyone administering naloxone to someone experiencing an overdose. Expanding the law to further provide immunity to anyone involved at the scene of an overdose could reduce the number of fatal overdoses.

There are also hundreds of advocates across the state working to raise awareness and promote recovery in their communities. Mecklenburg County has a task force dedicated to implementing solutions proposed by experts in the field of addiction. Because of the number of people being affected by opioid addiction, there are many new support groups forming in order to promote recovery and wellness. Several cities and towns throughout NC have staged recovery rallies aimed at bringing the community together and educating the public.

So where is there room for improvement?

North Carolina ranks among the worst states in number of buprenorphine providers to opioid addicted residents. Buprenorphine is a medication used to treat opioid addiction. While there is potential for abuse with this medication, the benefits of reducing overdose risk and reduction in overall cost to society far outweigh any potential negatives. Increasing access to this medication could decrease the number fatal overdoses moving forward.

More information on the exact measures being taken to combat the opioid crisis is available at www.ncdhhs.gov/opioids.